Making a house a home is a difficult process. It’s the unique touches to the interior design that convey a sense of the owner’s personality and make us feel like a space is really our own. The character of a home develops from the décor, the furniture, household appliances, and the little items that we pick up through life. Trying to find homeware designers that match the style you are aiming for can be difficult.

Good designers are a rarity, but when they are discovered they can add a real sense of originality to home design. Their input could be something as simple as a matching set of personalised mugs or a throw rug that really ties the room together. Here are some of the best designers for homeware around. 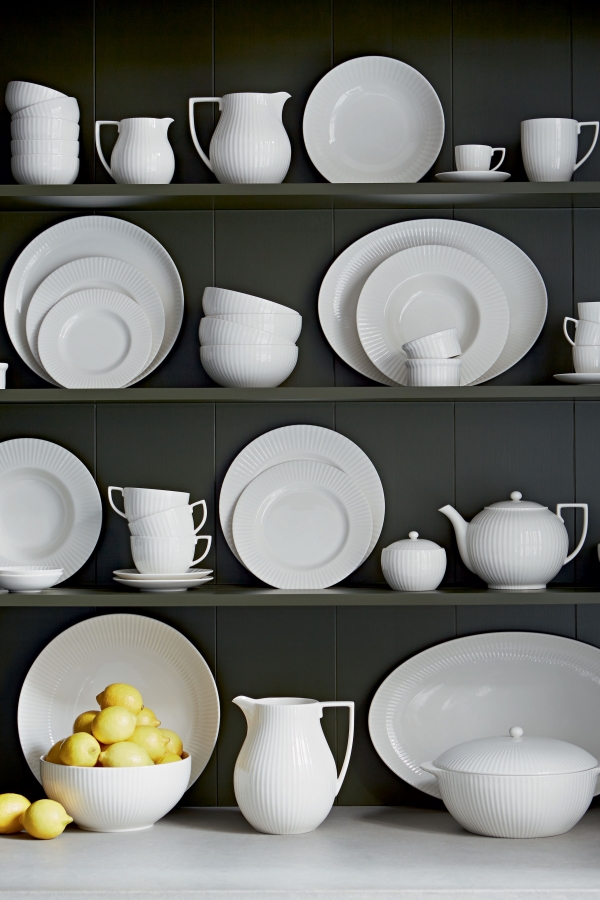 Jasper Conran, son of designer Sir Terence Conrad and author Shirley Conrad, is a household design name. He began designing womenswear under his own name in 1978 at the age of 19. The following year, he was elected to be part of the London Designer collections. Since then he has gone from strength to strength in the design world, designing clothes for many well-known figures and brands. In 2001, he entered into a partnership with Wedgewood to design range of heritage bone china collection. Known as the Tisbury collection, it is a quintessential Conran design – elegant and understated. 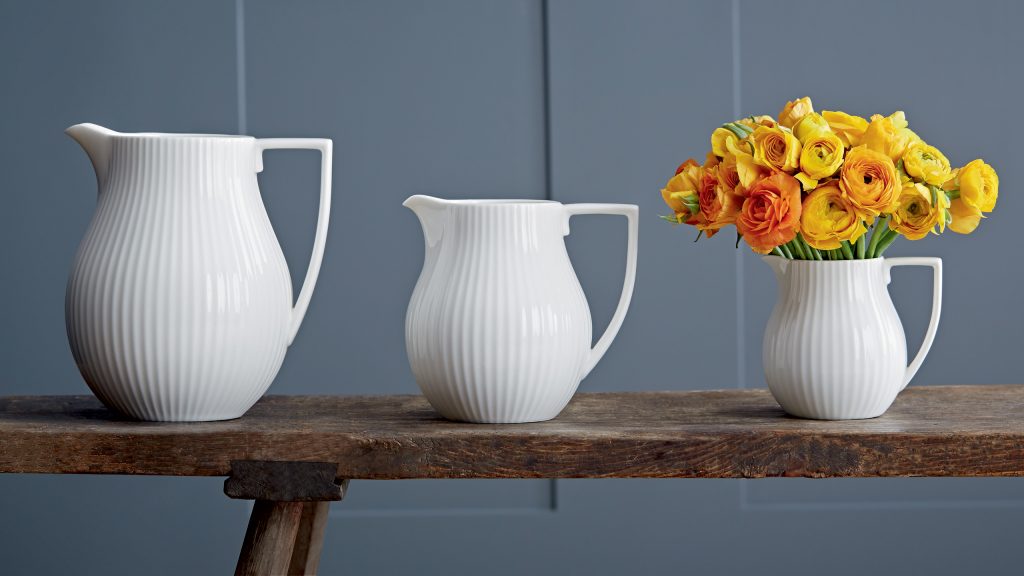 Ireland has a reputation for producing great writers and artists. Yeats, Wilde, and Maher are just a few on the names that come to mind when considering Irelands contributions to the arts. Among the other recognisable figures is Orla Kiely, a fashion designer from London. Kiely qualified as a textile designer while at the National College of Art and Design in Dublin before moving to New York to for wallpaper and textile company. From there she moved to London, working for Espirit while completing her Master’s degree at the Royal College of Art. Upon completion of the Master’s, Kiely worked for several large companies before setting up her own eponymous design agency. Now known as the “Queen of Prints”, her floral motifs and retro styles can be seen across a range of products, from mugs and plates to handbags and dresses. 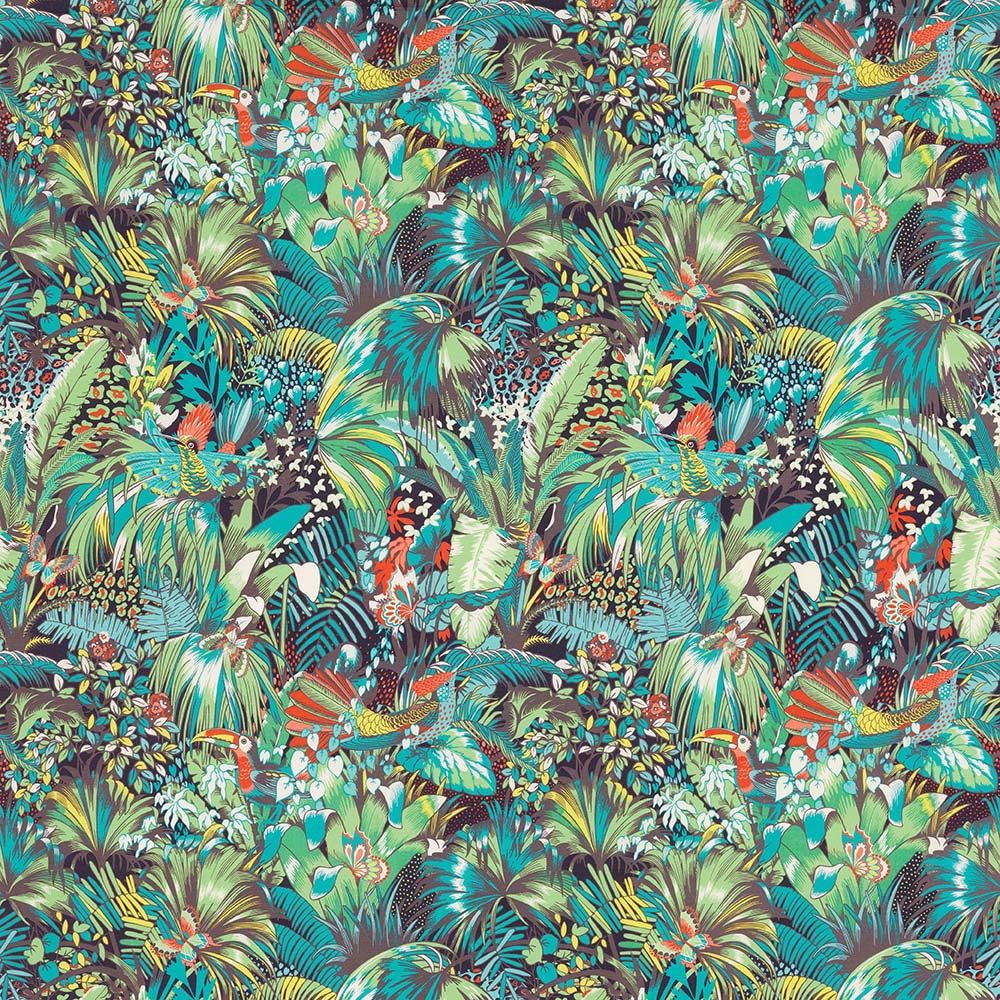 A native of Manchester, Matthew Williamson is a designer known for his use of colourful, bold, and carefully constructed designs.  Having founded the Matthew Williamson fashion house in 1997, Williamsons designs have gone on to be been seen on catwalks all over the world. He has now teamed up with textile company Osborne & Little to produce a selection of prints influenced by the flora and fauna of the jungles. Teeming lush jungle foliage and vibrant feathers, the prints showcase Williamson’s stimulating colour palette. 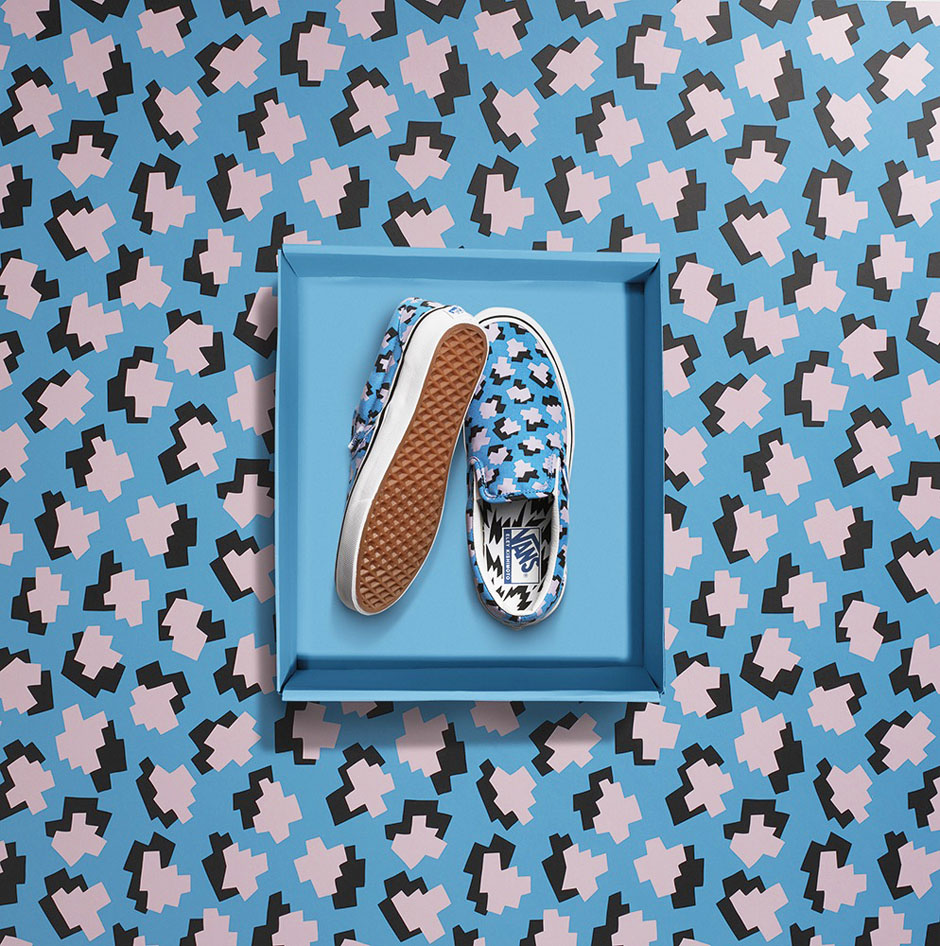 A British fashion and design company founded in 1992 by Mark Eley and Wakako Kishimoto, Eley Kishimoto is known primarily for its print design. Despite the principle activity of the business being womenswear fashion and accessories, the company has also created numerous products to display their print design. These include furniture textiles, wallpapers, glassware, and crockery. Their designs lean towards the retro, often featuring strong geometric shapes, contrasting colours, and a colour palette reminiscent of the art deco movement. There are 13 wallpaper prints in total, all many of which feature optical illusions within their patterns. 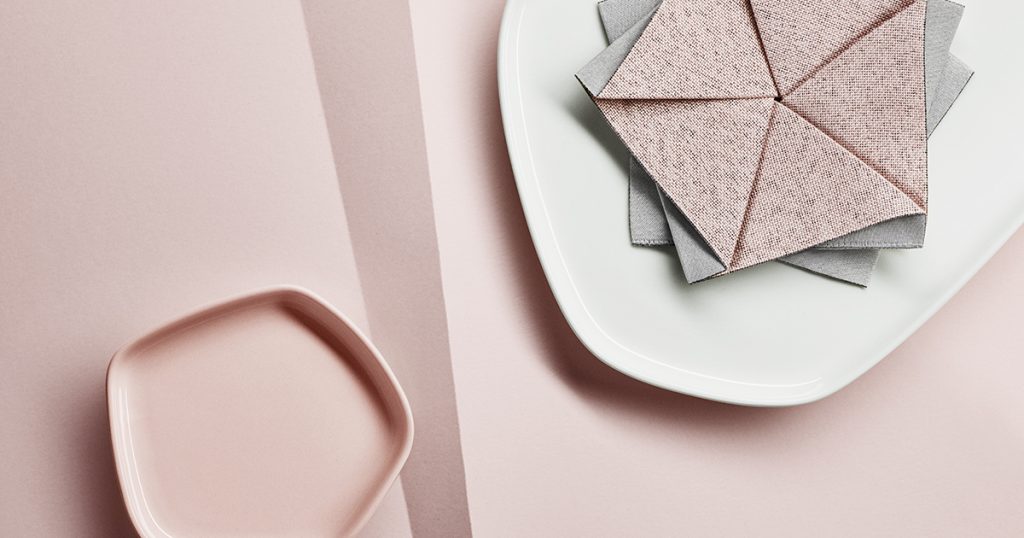 This is one of the more surprising collaborations. At first glance, the current trend of Scandi design and Japanese minimalism seem to have little in common. Once you dig deeper, the similarities begin to emerge; both schools promote functionality, and both admire tradition. This is the basis of the collaboration between Japanese fashion designer and fragrance connoisseur Issey Miyaka and Finnish glassware artisans Ittala.  They have a surprisingly similar sculptural aesthetic in common; Miyake’s signature tight pleats are prominent features on fluted vases, cushions, and ceramics. The colour palette is one of soft pastels, tending towards greys, emeralds and light blues. 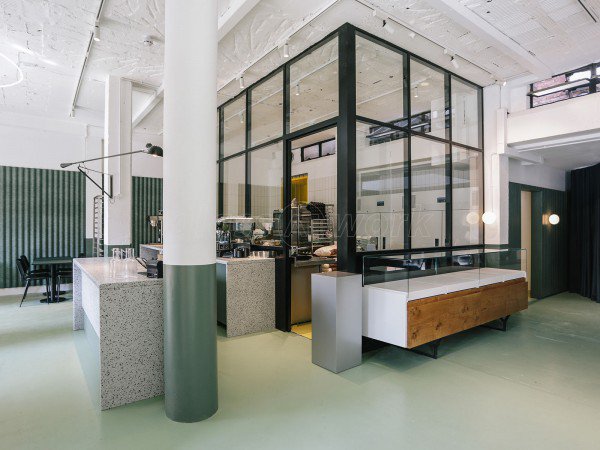